Our insider tip: the sculpture garden

The Burgberg in Erlangen is something of an all-rounder. In the past, it used to be a refrigerator for the brewers. Today it serves as a recreation area for the people of Erlangen and their guests. Directly to the east of the Burgberggarten, a terraced restaurant and amusement park was built, the so-called Welsgarten. Today, the villa district of Erlangen has settled here. Erlangen’s most famous folk festival – the Bergkirchweih – also originated on the southern slope. Our insider tip here is to take a detour to the sculpture garden. For refreshment, try a special beer from the brewmaster at Entla’s Keller. In the beer garden, young and old sit at the same table. Good beer and the shade of the old trees characterise the atmosphere. 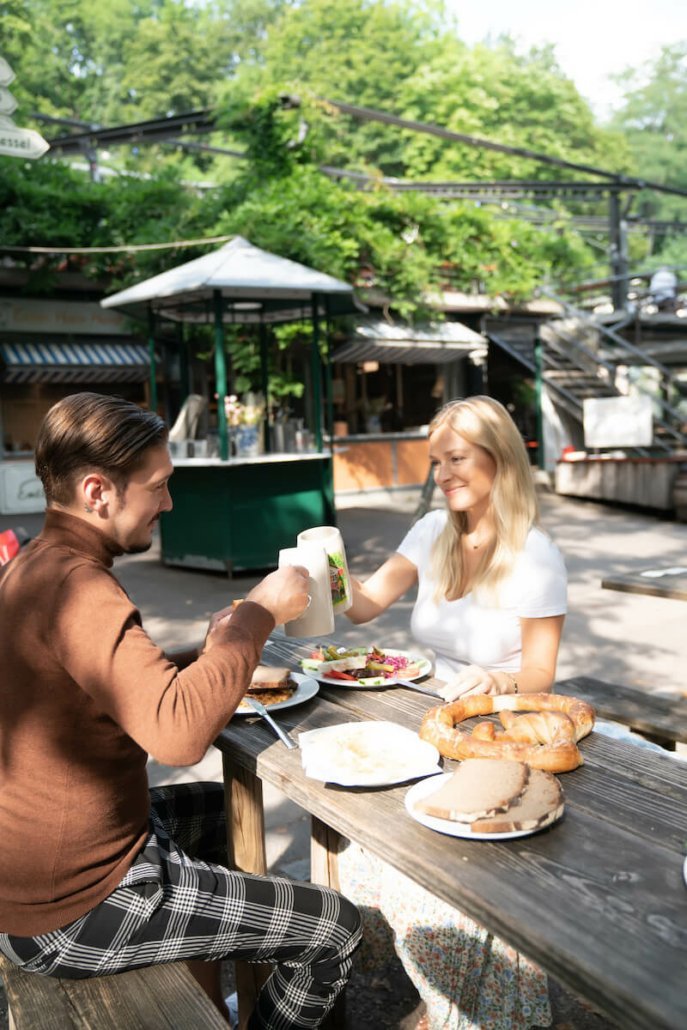